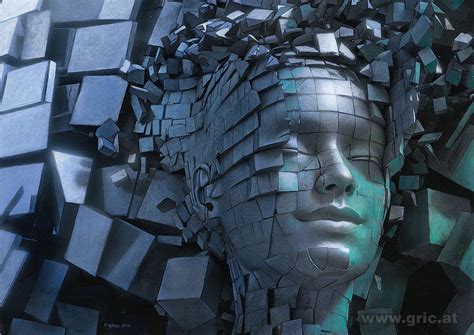 Meditation, or at least the intention of doing so, can be fraught with seeming contradictions and cognitive quandaries. Without intention one might never enter its labyrinth of mysteries. But at the same time, intention is also the first thing that reifies identity, removing us one step from the discovery of its benefits. By forming intention, we know ourselves. We become ourselves. By means of meditation, we embark on a journey into our true depth. Upon forming an intention, the next step is action. A set of actions might include recalling sensations, mental constructions and physical actions all designed to induce a desired condition, however we might conceptualize it. We become well-practiced in the art of self-induction: setting up a space, adding objects of meaning, determining the conditions of sound and temperature and physical support, and letting distractions fall away. Or so we tell ourselves.

Only then can we sit. And what is next? One of the first things to happen is we become more acutely aware of inner space and outward appearance. My habit is to find a position of comfort for my body, check my breathing, check my body parts, my alignment, my level of relaxation and to settle further into the ground. Many people, myself included, have been trained and inducted into preliminary rituals, recitation, mantra, all of which speak of refuge or supplication on my personal behalf, promises I make to myself of what I will accomplish in this session or in this lifetime. It’s not a leap to suggest that these very prayers, spoken immediately before entering a space in which we remind ourselves that me our mine have no true existence, impose a structure on the process which is curious at the very least, if not even counter-productive.

Then we get down to the business of meditation which, in the case of Dzogchen, is ultimately devoted to not trying, not constructing, not waiting for something, surely noticing the comings and goings of mental activity, but not stirring the pot. Shamatha, the practice of calm abiding, is often described as watching the arising and disappearing of ripples on the surface of the mind, as if on a mirror. Shamatha segues into Vipashyana, also described as a deeper practice of noticing the movement of thoughts like fish beneath the surface of that pond. Together, these two considerations merge into what Dzogchen literature refers to as contemplation—becoming the mirror. It is from this contemplative state that a full transition into an experience of immediate intrinsic Awareness becomes accessible.

As we all know, the way to contemplation is littered with antidotes, deliberate acts of correction, more closely associated with the sutra system, a conceptual process of which I daresay I am a master. For a long time, I acted as if the point of meditation was to discover the perfect antidote. They come in clusters from disparate sources, or they arrive singularly with a great and deep ‘aha!’ New ones arrive all the time. Old ones are retired or forgotten. I don‘t even remember most of them now. At times the effect of employing antidotes felt like cutting a diamond, as if one day there I would discover the perfect antidote and thereafter the light would shine effortlessly through me. A different perspective might be that I was gradually wrapping myself in increasingly restrictive garments—collectively becoming a straight-jacket of admonitions—until I was immobilized and nearly void of the most precious resource for continuing–ease. Meditation under these circumstances is neither fun nor effective.

The irony of this entire process is that only by first identifying oneself as a separate entity in the larger field of phenomena, repeatedly following a specific series of practices and instructions from a teacher, does one even begin to have a chance of entering a state of subjectivity in which the boundaries of self may begin to dissolve and an authentic non-conceptual condition of becoming one with external (objective) phenomena may arise. More than experiencing that Oneness, what previously would be regarded as separate and external phenomena are now perceived as being of our own creation—and, also of being equally created by what the dualistic mind would name as something out there.

We can only regard this progression of practices as a series of imputed causes and conditions determined to become the foundation of realizing an unconditioned state, that which is uncreated. Much of what we adopt in preliminary meditative practices is the layering of antidotes—progressively conditioning our experience to achieve what we identify as objectives, only much later comprehending the intelligence of eliminating all antidotes, deliberately undressing the layers of mental constructs which obstruct our access to the direct experience of unconditioned reality: emptiness.

Admittedly, the balance between using or discarding antidotes is a delicate and increasingly subtle process. And the very trap intrinsic to that enterprise is to regard it as a process, when in fact, as the truth of unconditioned reality emerges, it’s not subtle. It can be dramatic. And realizing the truth of the unconditioned state, the state in which the very idea of an antidote becomes entirely foreign, is so different, so far removed from anything having to do with antidotes that we might well wonder what we were wasting our time doing for so long when it becomes obvious that what we imagined was so far away, beyond our grasp, is actually right here all the time.

When intimations of dissolution arrive, when the boundaries of this individual separate body begin to soften and space becomes continuous such that retaining an identity as a separate body becomes an afterthought, what opens is the ubiquity and uniformity of space, even merging with space, accompanied by a profound sense of unity with all phenomena and an undeniable sense of the body as an incidental event. Not a random event, nor even co-incidental, but merely a construct associated with this particular consciousness. I am adopting this impermanent form, flawed and wondrous in all its many ways, as a means of transportation, a vehicle of experience, exploration and restoration.  It is my teacher. It is my co-creator. I am its student.

This is surely a transitional state to a global experience of immediate intrinsic Awareness, the Primordial State, a softening into a realm no longer solely nirmanakaya, the form body, also not entirely sambhogakaya, the energetic body, with the full dimension of dharmakaya, the complete dissolution of any boundary between inner and outer awareness, only a breath away. The intimations are of a deeper awakening in which all three kayas are fully distinct even in their inseparability. Not only present, but fully apparent, neither being nor not being.

Their manifestation is not a matter of doing anything other than relaxing deeper, again and again, at every indication of interruption and intrusion of conceptual process. There is no trying here. In fact, the primary condition is two-fold: relief and confidence. Confidence in the gnosis to which one is introduced, confidence in one’s capacity to recapitulate these conditions, and profound relief in the knowledge that trying no longer serves any purpose. There is only un-trying. There are no longer any antidotes in the gallery of choices. There is no longer a gallery. There is only the panorama of endless, bottom-less and uncreated seamless unity. The inevitable realization appears: with all the trying of the past, what was I ever thinking?