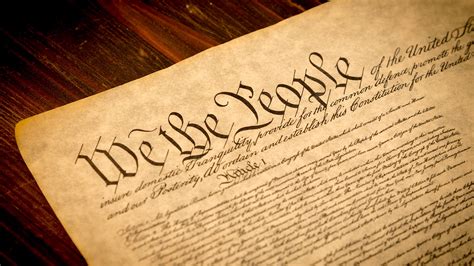 Ted Cruz and eleven other senators plan to object to the electoral vote count on January 6 when Congress convenes to certify the election of Joe Biden. Like Josh Hawley of Missouri, they are lying about the election and are declaring a need for a commission to review vote counts in at least six states. The fact that they have no evidence to support such an inquiry and the fact that it’s a political stunt doomed to fail has no bearing on their intentions. But then, why should it, since this sort of Kabuki has been the go-to strategy of Republicans ever since the Clinton administration. The question is, will the persistent declaration of fraud in the face of 60 failed lawsuits and zero evidence presented in court be enough to recruit further media attention and establish a patina of plausibility through this display of spaghetti-throwing?

As we well know, an increasingly outrageous deluge of conspiracy theories has accompanied the post-election rantings of MAGA world. There is a curious connection between the exercise of faith among religious conservatives and the rise of conspiracy theories and the explosion of believers in them. Think about it. At the heart of extremist Christianity is an absolute belief that all events are choreographed by the Hand of God. So it’s not a stretch to go from believing in God’s Plan to the belief in the intentional coordination of a Hidden Hand behind phenomena that obstruct God’s Plan. As they would have it, a Supreme Being is in control. Unlike the secular crowd who insist on boring ever more deeply into events to discover a natural interdependence which can then be manipulated by humans, to religious conservatives it is God alone placing all positive and negative events before us. It’s out of our hands. Science is a useless distraction.

Some events, however, are beyond the pale, so negative, born of such evil design they could only be attributed to the devil–such as Biden winning the election. The presumption of a Hidden Hand producing negative events contrary to God’s agenda for Christian control of America and the world is not new. There’s a convenient confluence between hammering away at the Big Lie and the operating principle of the Hidden Hand. We could go back to the suicide of Vince Foster, which brought endless hours of right-wing talk radio promoting the conspiracy theory that Foster was murdered and the Clintons were behind it. More recently, the Seth Rich murder was turned into another case of the Hidden Hand. The attack on the American Embassy in Benghazi was another fruitful opportunity for the GOP to ferret out the Hidden Hand of Hilary Clinton, even though multiple investigations could not wring any truth from the Big Lie that it was all Hilary’s fault. The same thing happened with Hilary’s emails. Republicans were able to recruit the invaluable assistance of the NYT late in the 2016 campaign to promote the narrative that Hilary’s Hand was behind security breaches of her email server.

Today, the symbiosis between Trump and the Christian right has amplified conspiracy theories to extreme levels. His natural and twisted character-based inclination, which has nothing to do with faith, to blame all failures, shortcomings or inadequacies on someone else, his incessant and deeply held narcissist (and atheistic) belief in his own infallibility provide a natural affinity to the zero-sum religious universe of opposing forces in which God and the Devil are in an apocalyptic gladiatorial embrace. And better yet, Trump thirsts for combat with the secular crowd.

In an attempt to make sense of wild and unpredictable events beyond normal control or expectation, to heal the profoundly painful prospect of having to live with such an incomprehensible setback, the unanticipated outcome must be declared the work of dark forces. The extremity of any actual conspiracy theory is a reflection of the presumed level of control preceding the negative event, which is a direct affront to the White God Himself. God was, after all, on their side. How could He have failed?? What evil could possibly have upended His Plan? Hugo Chavez working with Maduro, China, Dominion Voting Systems, the Chief Justice of the USSC and the pedophile Democrats to change the vote counts? That must be it. Sure.

The fact that there were 71 million people signing up for this program is not a count of the religious right who are willing to foment violent overthrow of the Constitution. But it is an account of the gullibility and the effect of a core group who have been masterful at flouting and dismissing secular reality and scientific materialism, which is their true long-term objective. To stand before this well-funded, skilled and relentless march of fascist Christian Nationalism armed only with the weapons of logic and science will never be enough. Yet these are the weapons Democrats continue to deploy.

What we need most now is the determination to prosecute, starting with Hair Fuhrer. Wield all the legal tools at hand to meet and name sedition, obstruction, extortion, child abuse, negligent homicide, money laundering, lying, tax evasion and bribery. And baby, it’s a target-rich environment.