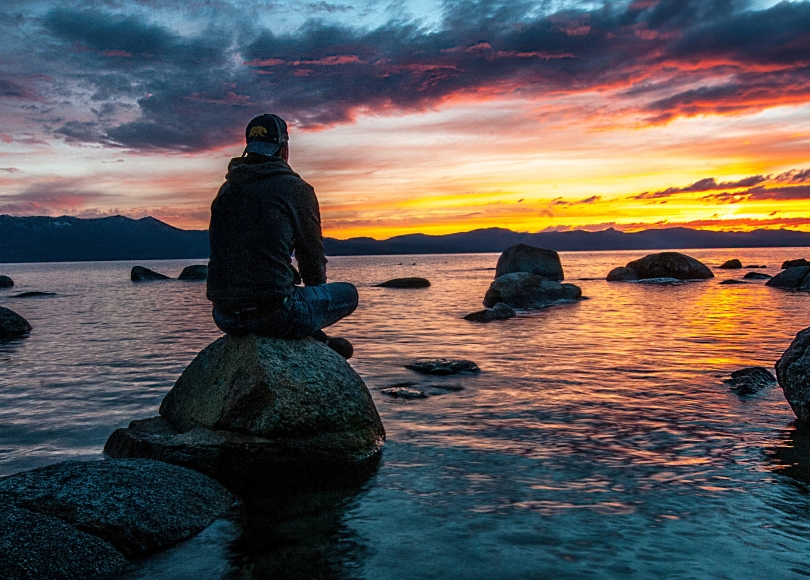 The appearance of COVID has changed everything. We’ve wandered from independence, personal protection and material support to broken food supply chains and communal support. Jobs disappeared while we were trying to integrate new rules and practices into thoroughly disrupted lives. Accurate information was and continues to be muddied by politics. There is a vast gulf between the promise of a vaccine (magical thinking?) and practical everyday precautions.

An unprecedented uprising for racial justice re-appeared nationally and globally. We continue to swim in deeply uncertain times in which political and social institutions are under attack, hopelessness courses like a deadly undercurrent with cynicism, opportunism and nihilism jumping on for the ride. The path that got us here is washed out and there’s no going back. Yet a powerful new solidarity has also appeared, providing compelling fuel for birthing a new national story. As Valarie Kaur likes to say, we are in transition: “Breath and push.”  Yet, out of shock and loss and even out of revolutionary optimism, what opportunities are we missing, and what is suddenly available?

Realizing we are not going back to a familiar normal, we await the arrival of the new. There is deep deprogramming underway as the unconscious gives up its secrets, bringing hidden motivations and desires to the surface in a tumultuous display of community-building and compassion, yet also extremism, fear, tribalism and aggression. This is a moment of extreme neural reprogramming. We can decide what we want and create it as we awaken to the pervasive messaging of white plutocratic dominion, the transfiguration of culture and a global push toward humane alternatives. This self-awareness is emerging as critical moments of choice to relinquish assumptions and to transform worldviews as we kneel and bow in this bardo of becoming.

We’re not at all sure who we will become and many are determined to cloak the present in anything resembling the familiar. Yet some of the outlines of a different world are coming into view. How will we sustain ourselves spiritually, socially, materially and according to what values? Where or what is our refuge? Are we to resign to the political theater emanating from the centers of power? Are we to be ruled by fear and paranoia? Is there a pathway to confidence in a threatening world heading for collapse? Most of all, orienting to the grief of this time is a central challenge.

What of this grief—this persistent presence? It is not solely part of the apparition of ‘me.’ Whatever grief I feel is not strictly ‘mine’. It is a collective condition. It’s not a manifestation of the primacy or imagined indelibility of a solitary ‘me.’ It’s the elemental nature of being at this moment. I do not stand alone at the top of the pyramid of my life. I stand within. We are not the containers of our lives; we are the contained in the ongoing unstoppable process of living and dying that has always existed and never stopped.

Standing at the threshold of the Anthropocene, my outlook is not of fullness and promise. I am more aware of the losses, of being among those whose mistakes, hubris and arrogance, entitlement and recklessness have brought our progeny to the most dangerous moment of human history. The future is already lost.

The persistence of COVID is changing our outlook and personal practices; how we maintain a level of equanimity and easy connection with others. I am already rendered fragile by a personal health condition. Call it a pre-existing condition. Yet such fragility—and the shifting feeling that comes with it–is not weakness. It is the virtue of being affected, of still being able to feel at all. It is a form of strength in which mutability, resilience and adaptation form a capacity to bend without breaking. In the cracks of what decreases me lie what increases me.

Then there is the sense of a great unwinding—or, more accurately, unraveling–an exhaustion of neo-liberal economics and the accompanying desperation of its priesthood (and remarkably oblivious entitlement) who have brought us to the brink of extinction. How could anyone look upon this—even if it’s largely unconsciously—without noticing the suffering and dislocation nearly everywhere?

Parallel to the ongoing nature of COVID, the progression and demands of the personal condition are also very uncertain. There are no clear signs of resolution, no hints as to my personal longevity nor any probability of recovery. Restoring and sustaining meaning is my primary focus. Generally, in this atmosphere of official denial, the severity of the infection being downplayed, the most sensible path to recovery is rejected. Clinging more desperately to the past and continuing to isolate from the world in its response, the centers of power in America are shutting their eyes to the inevitable. We sit on an edge of anxiety and resolve. There is so much more at stake now than ever before.

Even so, in the enveloping pall of personal loneliness and perpetual fragility, how can self-sustaining practices adapt to these circumstances? I rarely acknowledge my own fragility. I cover it and compensate. But it’s always there. Where shall I go for equanimity? Shifting away from what has worked in the past is not an answer. Turning to heart-based practice, noticing the appearance of grasping, despair and isolation, not retreating or succumbing, choosing a path of passion, recovering spontaneity and taking refuge in unity and dignity is the path of the present just as it has been in the past. Only now, our resolve must be even greater.

My personal awareness of loss and the general compassion I feel for others are parallel processes. What I have personally lost–a measure of freedom, a measure of abandon, the luxury of mindlessness, living with only an abstract comprehension of mortality and an incomplete and muddled notion of agency leave no residue of regret. They give way to a renewed and acute sense of the massive inertia of culture, the durability of systems of power, of being only one outlaw among a massive cadre who see the task ahead.

Having the curtain removed between the abstraction of death and the reality of its approach is not a loss. It has been more of a gain. I have gained focus and resolve. I am creating time even as an expansive future is diminished. A bottomless reservoir of gratitude has been tapped. An appreciation for the smallest gifts prevails. I have re-localized, attending to the minutiae of thought and interaction. This is not loss.

The full meaning of reciprocity with the natural world appears as we realize our subordinate place in the biosphere. The presence of extinction and the prospect of personal death luck among us. I am connected more closely to the experience everyone, if they’re lucky, will have sooner or later, the past and future omnipresent on the bumpy ride of now. Yet the recurring awareness of endings is also a source of energy; an enveloping presence of finality reviving appreciation for this world, the impulse to discover what more can be done, to grieve what has been lost, to love life as it is, beyond approval, beyond promises or expectations.

If there is a core of any sustained grief, it would be a sense of my own limitations.  It is the younger generations who’ve been robbed of their future, not me. My grief and love is for them and for the impossibly complex, incomparable beauty and perpetual emergence of life of which I am only a tiny nested part. Grief has not diminished me. I expand into it as a part of the perpetual astonishment of existence. What emerges is productive action. I am enveloped in life, reaching my arms around its every dimension.