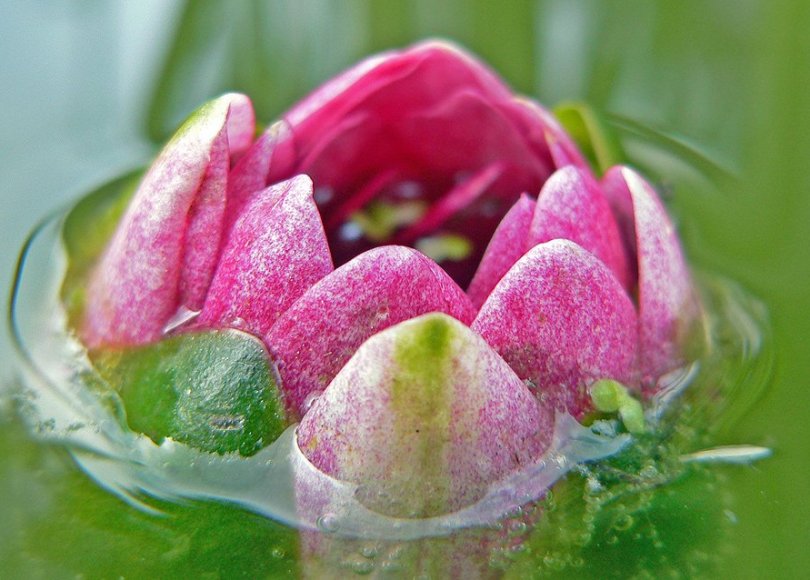 Whatever else it might mean, emergence implies the most intimate character of life, a constant unfolding of arising and disappearing, creation and destruction, beyond rationality, transcending origins, judgment, intent or outcome. Tuning our view and receptive experience to this level of phenomena requires us to slow down, measuring and matching its pace, to align more intimately with an effervescent ebb and flow, to the way things really are, adjusting consciousness to the most elemental nature of nature.

That true nature, if we were to look more closely into it, is an ongoing process of life and death, each releasing into its opposite, arising and ceasing, appearing and disappearing. Nothing is fixed. Everything is less encumbered, simultaneously more connected and never still.

Emergence, at the innermost sanctuary of biological essence, lies at the neurochemical ground of being, in the transition of form to formlessness and vice versa, the nexus of conception and realization. It is the most delicate and easily injured wrapping of our existence, the pia mater, the ‘tender mother’ holding everything. It is the truest and deepest home of connection, compassion and forgiveness, where we are always alone, never lonely and in full communion with all life. In the most subtle recess where true belonging resides, the absolute belonging of no body and no-self, we give ourselves up to Inter-Being with no agenda, no grasping, no past and no future.

Unceasing change is the driving and dominant principle of emergence. Radical Impermanence is the Law. This is also a core principle of Dzogchen Buddhism. There is no true substance to anything, nor, ultimately, is there anything other than materiality. At this level, there are no values to be assigned to phenomena. Everything is simultaneously real and also apparition, including, of course, you and me in every moment.

Beneath the continuous and tenuous dynamic of birth and death is a deeper reality of unceasing stillness in which nothing is gained or lost. Everything is apparent and also continuously shifting. Any possible source or cause is beyond definition, beyond being teased out for identification or examination. There is no linearity, no progression nor any apparent reason, only an equality of opposites bound together in unceasing change. Only a self-propelled consciousness exists, a spontaneous internal intelligence based on impossibly complex systems processing information directly and immediately derived from ongoing performance, having no goal, no direction and no imperative other than to continue.

Right and wrong are less certain in this realm as the unceasing momentum of emergence cannot be definitively assigned to any single event. In fact, in absolute terms, all phenomena exist beyond any meaningful polarity and are regarded as equal. This is very difficult to grasp rationally, but every value we place on thought and action, all form, is entirely projection.  Hovering at this nexus of appearance and apparition gives rise to a quality of freedom, which can only be defined as compassionate intent, the ethical and moral engine for all action. To withdraw from the imperative of compassionate intent is to violate the mandate of life and to descend into meaninglessness, nihilism.

In the realm of emergence, nothing is containable, especially imagining a  fixed presence, such as a Self, expressing a principle of radical impermanence. Paradoxically, emergence becomes a sanctuary of birth and decay, of rapid and unending change, where safety is upended, where all reification goes to die.

We are made and remade in realms of spirit and myth. In emergence, we realize our mutual dependence. In healing the rifts that separate us, we become more available to a greater sphere of belonging. If we dwelt only on the surface, we would miss the vast ocean sustaining all and to which all belongs. The internal healing process overcoming fragmentation, the dominance of subjectivity to the exclusion of full communion, is crucial to our maturation into eco-beings, cosmic citizens.

The somatic experience of emergence is happening so fast now we can’t process all of it in our bodies. Trauma, at its heart, is elementally expressed as opposing muscular action within the human system, the repression of expression contained by opposing neuromuscular conditions, the conflicting influence of opposing hormones, neurotransmitters at the fundamental level of physical mediation of incoming stimuli: the autonomic nervous system, the lizard brain. Over time, unaddressed, the sensitivity of the system increases, rendering us increasingly reactive to triggering stimuli, with all the attending memory and feelings. In emergent mind, the material of conflict becomes more accessible; the resolution of this conflict is a return to a lower baseline of sensitivity.

We can all sense the acceleration of change, making the processing of deliverance from social and historical and environmental trauma fast upon us more difficult. The depth of multiple traumas such as racism, privilege, complicity and the extractive economy are opening into full awareness. The violence at the center of the Growth Imperative, the colonization of peoples and our very capacity for critical thought are ever more apparent. The tools and pathways redefining our relationships, many though there are, are still under construction.

The vestiges of feeling ourselves as solitary are tenacious. Isolation and alienation are routine features of post-modern life. In our narrow self-oriented explorations, most of us carry memories of exclusion or marginalization. These are primal wounds of feeling excluded and separate, striking deeply into the psyche, particularly in these unsteady times.

Beneath that we cling to our identities, as if such a thing as a separate self exists in any ultimate sense. We each have varying skillsets for seeking and creating connection, the fields of intimacy meeting our needs. But due to our continued immaturity in relation to the world, many do not routinely experience union at all. Our attachment to a separate self is a fundamental source of suffering. Loneliness, the deepest wound of all, is dependent on this very principle.

One could spend all day detailing the minutiae of the typical persistently depressive longing for belonging, the pandemic of modern alienation, dislocation and dissociation from the natural world, the creeping and equally persistent solastalgia arising with the daily degradation of our common home. The effect is deep, subtle, pervasive and increasingly corrosive. All of which makes it increasingly important to decelerate and find refuge in the pace of emergence.

But when one drops beneath the conventional, asking again what we belong to or how we experience belonging, the easy definitions dissolve. The boundaries disappear and the reality of belonging simultaneously on multiple levels takes shape. While belonging may imply gaining something, part of the greater process requires we continuously acknowledge loss. It has been said that if we do not grieve properly, then that which we have lost was never truly alive. So we grieve. We grieve for what was alive in us, with us and for us. If we grieve properly, then we must also praise what is alive right now.

Resolving trauma, integrating feeling and restoring fully expressive neuromuscular function restores our pure creative impulse: eros. Emergence is the raw, un-nameable realm in which we contact this primal principle, where possibility expands beyond measure, where we meet the timeless wisdom of compassionate intent.