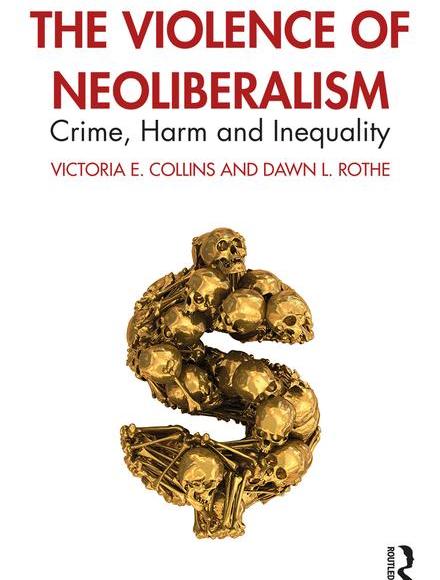 The relationship between the environmental movement and racism is clear. We’ve known this for a long time and it’s become even more important to articulate this view right now. The link between dehumanization, white supremacy, class war, religious bigotry, ethnic hatred, misogyny and climate change is straight. What’s been working in me for the last week or so is a further elaboration on this theme.

The fallacy of economic development fueled by cheap energy has always been that ecological damage is the externality not priced into the cost of that energy. It’s taken 150 years, but failing to account for that externality is what’s bringing us to the brink of extinction. Racism and slavery were (and are) the ignored human cost, the economic externality on which all of that national (and global) economic development depends. Continuing ecological externalities as well as the ongoing human costs of racism are each forms of violence. They lie at the center of the founding and building of this nation and at the center of the global phenomenon of colonialism and economic imperialism.

Colonialism and its neocolonial forms are racist and genocidal violence happening on a mass scale since the 17th century. Fortunately, the violence of slavery was overcome, but the violence of racism, ethnic hatred and continuing forms of economic slavery have held on, all of them fueling the capitalist ideology of Progress. All of them are founded on white supremacy. We may also categorize the industrial engine of capitalism as a violent machine wreaking havoc on social ecologies, biodiversity, polluting and destroying the oceans and the atmosphere.

It took us a long time to recognize and begin to throw off the violence of colonialism and racism, and even longer for us to fully grasp the economic and ecological violence of extraction, consumption and pollution. But it’s time to recognize the true and full consequences not only of continuing racial and ecological violence, but that these two, along with religious bigotry, misogyny and climate denial, driven by white supremacy and neoliberalism, are the singularity of global violence. They comprise what I am calling the Global Violence Index, measured as GHG emissions. This is the legacy of colonial and neocolonial racism. 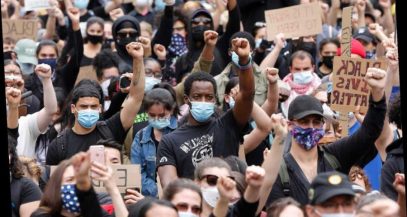 A deeply rooted vestigial tolerance of economic and human externalities is what begets sweatshops in Bangladesh, Indonesia, China, India and Thailand, a minimum wage stuck for 12 years at the same level, ten percent of the American workforce laboring for less than that, an offshore oil rig exploding in the Gulf of Mexico. They are all violence. Tar sands extraction and mountain top coal mining commit violence on the land and the waters. And let’s face it, rare earth mining for the lithium in our phones, EV batteries, military hardware and for an increasing number of appliances is also violence.

Displacement of indigenous peoples is violence, whether it’s the XL pipeline or the mega-hydropower projects of Asia, Africa or South America. Dams on the upper Mekong in China destroying downstream economies and ecologies are violence. Intellectual property laws, with complicit politicians, lawyers and trade organizations are legalized violence. Monsanto, forcing farmers worldwide to buy new seed annually, destroying native seed diversity and driving thousands of small farmers in India to suicide, is violence. Monoculture is violence. Multinationals conspiring to deprive workers of living wages, benefits and to further destroy environmental protections. All of this is violence. The gig economy is violence. Wage theft is violence. Food insecurity is violence. You get my point.

All of these practices have directly or indirectly driven the growth of greenhouse gas emissions worldwide. The neoliberal machine has subjugated governments of developing nations, sown corruption and debt peonage. It is the modern engine of global inequality, committing economic violence, depriving nations of funds for education, infrastructure, health care and the social safety net, all while displacing peoples, undermining democratic institutions and wreaking ecological destruction. The Niger Delta might be Exhibit A. Hell, the USA, with rising levels of poverty, the unraveling of the social safety net, the degradation of education, healthcare, laws and practices, legal and illegal, excluding non-white people from equal opportunity, falling life expectancy, rising infant mortality and the massive class divide is Exhibit A+.

Domestically, the creation of sacrifice zones, placing dangerous, toxic and destructive installations in African-American, Latin and immigrant communities where people don’t have the economic and political power to resist is violence. Driving economic externalities into already externalized communities destroys their homes, their health and their safety. In a context of already denying livelihoods, wages, health benefits and decent education, communities of color also have to contend with these installations and their deadly products. Now we are gaming out the consequences of global climate change, the increasing impact of extreme climate events, the economic damage and the displacement they portend. We already know who will be most impacted.

America’s journey on the issue of race is entering a death-spiral phase, collapsing into fascism. As a nation of immigrants, having left (or been ripped from) the places where our ancestor’s bones are buried, there is an aspect to the American character that remains homeless. The economic regime’s casual destruction of Home arises from this deep spiritual emptiness. It extends to indigenous communities, such as in North Dakota or here in North Carolina with the placement of fossil fuel pipelines through sacred homelands. America is primarily a home to the few whose dominance depends on successfully selling the idea of America as white people’s exclusive home. This is the subliminal false narrative Trump sells in his deliberate and increasingly extreme efforts to retain control.

But all the colonial policies and practices here in the US, coupled with the occupying force of policing in indigenous and communities of color send a single message: this is not your home. The destructive and ultimately violent economy doesn’t respect our Home. The message of police violence in communities of color is that the social contact doesn’t matter when it comes to their lives, that they are merely temporary residents. Their right to Home and safety never existed and still doesn’t exist. Their adherence to the social contract doesn’t matter. It can be violated at will and mostly without consequence.  They can be attacked, marginalized, incarcerated, exploited, oppressed, exported, discarded and finally, if necessary, killed—mostly with impunity. And also, you can even be deprived of your vote on all of that. 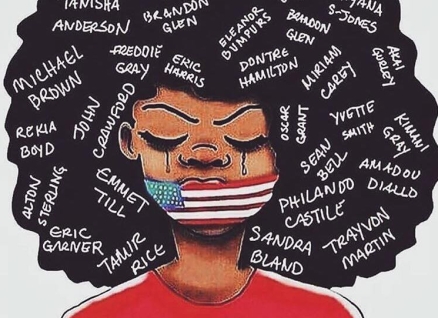 Ironically, COVID-19 has put a temporary stop to the engine of violence. Even while it was devastating the elderly and communities of color in this nation, the Index of Violence crashed. Ten years of gains in global GHG emissions have disappeared. The prospect of full recovery is slim. I’m not suggesting all commerce is violence; not at all. But the interruption of global supply chains, the radical reduction in transportation all contributed to this crash. The long-term prescription for economic recovery is identical to what we already know will reduce global emissions: re-localization, economic equity, the recovery of community, the simplification of supply chains, greater resilience to the coming climate impacts, all fueled by renewables. All of it portends a reduction in violence. All of it will reduce emissions.

So when we take to the streets, we are not solely fighting for racial justice. Justice is not only One Thing— it is Everything. It is the disruption, dismantling and removal of the legitimacy of inequality and white supremacy: the establishment of economic justice, ecological justice, cognitive justice, gender and generational justice. We are fighting to unravel the engine of violence. It is one fight. We are fighting for Home, for the only home we have, for the right to safety, for the fruits of our labor, for prosperity for all. It has taken great suffering and centuries of pain to realize this. Now we know and cannot ever un-know. Success will be reflected in lowering the Global Violence Index.