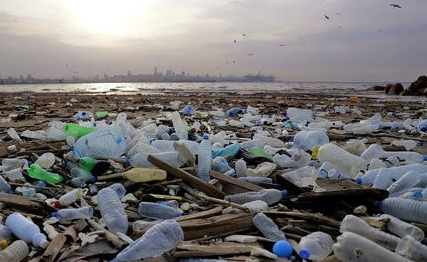 Since 2007, Elizabeth Kubler-Ross’s five stages of grief has been applied to climate change by both those who accept the science and by those who do not. Looking at climate change through the Kubler-Ross lens isn’t quite as straightforward as if you were the one receiving the terminal diagnosis or if your spouse had just passed away. She later regretted creating the impression that grief progresses in a linear way through a defined set of stages. It does not, and no more so in the case of climate grief. The stages are signposts on a circuitous journey back to wholeness, through the gradual emergence of climate data and the shifting terrain of social responses to that data.

Facing one’s own mortality or the loss of a loved one occurs against a backdrop of relative stability. It’s socially sanctioned. There are many social structures acknowledging, empathizing with and supporting a passage through such grief. All the other aspects of one’s life may remain relatively certain as one addresses and metabolizes a radically disruptive transition. But generally speaking, the infrastructure of one’s life is not threatened.

Climate change, on the other hand, threatens the foundations of civilization, the biosphere, the underpinnings of everything we know, what we in the ‘developed’ world might call modernity. There’s no such universal social support for this type of grief because, unlike guaranteed mortality, climate grief is not universally shared. It also represents an unprecedented disruptive condition, one that doesn’t arrive all at once, but one that unfolds in multiple unpredictable ways over a long period of time.

The widespread denial of climate change losses prevents our emotional pain from being socially acknowledged and validated. Those touched by this grief may be viewed as overly sensitive, as exaggerating the issue, or even as emotionally unbalanced. These responses can encourage individuals to isolate, remain silent, and become disenfranchised from their own grief process, rather than move through it with support.                                               Leslie Davenport, 2017

The diagnosis has not been terminal from the very beginning. When James Hansen testified before the US Congress in 1988 and warned of global warming, no one took that warning to be a terminal diagnosis for humanity. Its nature has unfolded slowly to the point at which it’s only now becoming clear to the majority of those paying attention: An uninhabitable earth. An entire planet not accommodating to any image of human culture as we’ve known or imagined it. Instability. Profound uncertainty and extremely daunting logistical and environmental obstacles to continued viability of civilization.

Overlaying the common 5-stage model (Denial, Anger, Bargaining, Depression, Acceptance) on these conditions is not so simple, but it does provide a way of understanding and naming key dynamics of the responses to the ever-advancing conditions we face. What a personal terminal diagnosis and climate change share in common is that resilience is possible. Even if the diagnosis is terminal, it’s still possible to recover and maintain wholeness.

The words ecology, ecocide and economics derive from the same root, the Greek word for home: oikos. This common root implies equilibrium in the biosphere and in all our relations with each other, not only through mere commerce. What we see today is a common radical disturbance of increasing severity in ecology and in economics. We have strayed far from home in both domains. We are killing ourselves and now live under a common threat of death. Whether it is understood in these terms or not, this is the root of our grief, an existential estrangement from home. To restore that equilibrium requires that we turn our efforts toward the biosphere, toward others and toward our selves to heal the economy of the whole.

Those of us who accept the diagnosis, anthropogenic global warming, are all too familiar with the forms of denial practiced by those who do not accept it–or play with words to appear to be agnostic about it. Some deny there’s a problem altogether. They deny humans are causing the problem; they deny the magnitude of the problem; they claim mitigation measures will be too costly now and that they will be cheaper later when the impacts are more obvious. They deny the scientific consensus, attack the reliability of the data and finally, they attack the messengers, the scientists themselves, as greedy liars. And besides, what hubris it is for humans to claim God’s Plan may be flawed. The audacity!

Less obvious are the forms of denial practiced by climate advocates: We have to push harder for emission reduction. Admitting failure will only lead us to hopelessness. We can still change course (after 30 years of insufficient action). Technology will save us. We have to shield ‘others’ from hearing the truth. We practice functional denial, being well aware of our compromises, inadequacies and limited agency, but still trudge through our days as if species are not disappearing all around us. Truly, sometimes we have to give ourselves a break from the onslaught of bad news. Otherwise, we fear, we could not function. Every day is a conversation with urgency against the backdrop of our grief and periodic despair. Who could resist denying all of it from time to time?

The few, the gifted, the fearless, the ones who fully experience the deep well, the womb of grief as the seat of care are the ones who demonstrate what in our deepest heart we know is true. Those who can fully dismantle their own denial are the ones who demonstrate—even without words—the fundamental and natural connection within all of us to the full magnitude of the issue and the horror of all that is being destroyed around us. And not only by Others, but by we ourselves. Our complicity is much easier to deny than to fully accept.

The anger we feel about the denial all around us, the cynical disregard for the advancing consequences of climate displayed by politicians, the disinterest, the half-measures, the delay, the obfuscation, the lies, the aggressive ignorance, the outright hostility to the truth (as we see it) is like an unwelcome intruder, draining us of energy and focus. Anger may rise at any time, triggered by a casual remark, a headline, a social media post. It’s usually directed elsewhere, but not always. We can surely be as angry with ourselves as with someone else. But either way, it does undermine our capacity for action.

We also have our own versions of bargaining and will quickly adopt internal measures appealing to our inner panel of judges, justifying our exhaustion, assuaging guilt, promising improvement. This is the terrain of personal and collective lobbying. Pushing for someone else to do something. Ultimately, bargaining is too often an attempt to squeeze wine from a raisin. We are not getting where we need to go and finally realize we are only delaying the inevitable. This is the moment Deep Adaptation dawns upon us. We finally know we are alone and what is required. That space, a no man’s land where our agency is hopelessly lost between knowledge and action, is the crossroads of depression and acceptance.

Accompanying depression is what Kubler-Ross might have called extreme helplessness, a near-fatal despair. There is nothing to do but stare into the darkness, searching for any sign of form, of possibility, of faith. As long as any denial remains, despair will not abate. We have to acknowledge that there are others not ready to hear the truth. Perhaps we ourselves are not ready to hear the truth that we are (on our way to) losing our home, our family, our life as we knew it.

But despair is a state, not a station. It’s a passing condition. That it will change may be the only thing we can be sure of. It is telling us to change our strategies, to change the parameters of our activities, the definition of our community, the issues we tend to. It is telling us to discard what has not been working, to accept our mortality, that wholeness is not only possible for ourselves, but a gift we can offer to others.

Acceptance opens space, restoring agency and creative possibility. It opens the floodgates of feeling, connection and resilience, putting us back in the middle, holding the ambiguity of life and death, of journeying but never fully arriving. Acceptance restores meaning. This is the ethos of Deep Adaptation, remembering home from the ground up, embodying a new economy, taking care of what is within our reach and accepting limits on our capacities.